Squeezing his coal-shed sized biceps into a screening chair, Josh watches the new BioHazard CG movie Resident Evil: Vendetta and tells you just how much he thinks of it

Resident Evil: Vendetta is the third ‘in-universe’ CG movie created by Capcom, is set between the events of Resident Evil 6 and 7, and features Chris Redfield, Leon S. Kennedy and Rebecca Chambers trying to thwart yet another zombie outbreak orchestrated by a mean blonde guy.

Usually with reviews I avoid spoilers, but to jump the gun a bit, I can’t honestly recommend this to anyone, and the only way this was going to be interesting to write (and read) is if I really dug into why I think this film is such a failure.

So if you care about this film being spoiled, here’s your warning. 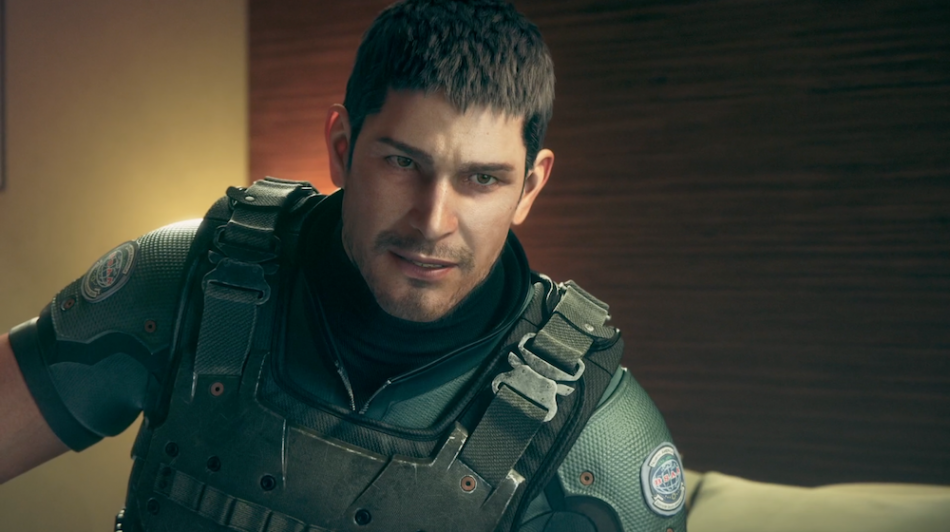 First, to give credit where credit is due, the quality of the animation is better than the previous CG films. Specifically the facial animations, which are more expressive and organic than the rubber masks everyone was wearing in Degeneration and Damnation.

So congrats to the team at Marza Animation Planet for making the people look a bit more like people, though we’re still not even reaching the standard set by the cut scenes in Resident Evil 5. It is distressingly odd that Chris Redfield now looks nothing like his in game counterpart despite this film supposedly existing in the same universe. Did he kick his steroid addiction? If so, nice one Chris!

The voice actors do a commendable job of working through a script that includes immersion-breaking stinkers such as a conversation about how ahead of its time Breaking Bad was, and how most artisan coffees are pretty much desserts. Expect those kind of opinion-less opinions scattered liberally throughout the film.

I’ve always found Chris and Rebecca to be boring, so no harm no foul, but I can’t stand how bland Leon is here. He’s portrayed as the most clichéd tortured warrior imaginable.

What happened to the goof-a-tron 9000 from Resident Evil 4!? What happened to zingers like, “Where’s everyone going – bingo?” and, “I knew you’d be fine if you landed on your butt.” Give me an over the top, dumb 80s action hero over a gritty, facile ‘noughties’ hero any day of the week.

The villain, Glenn Arias starts out the film with something approaching a properly motivated vendetta – yep – against the US for bombing his wedding and killing everyone he loves. Which by the way, is the film’s one and only unintentionally hilarious moment. 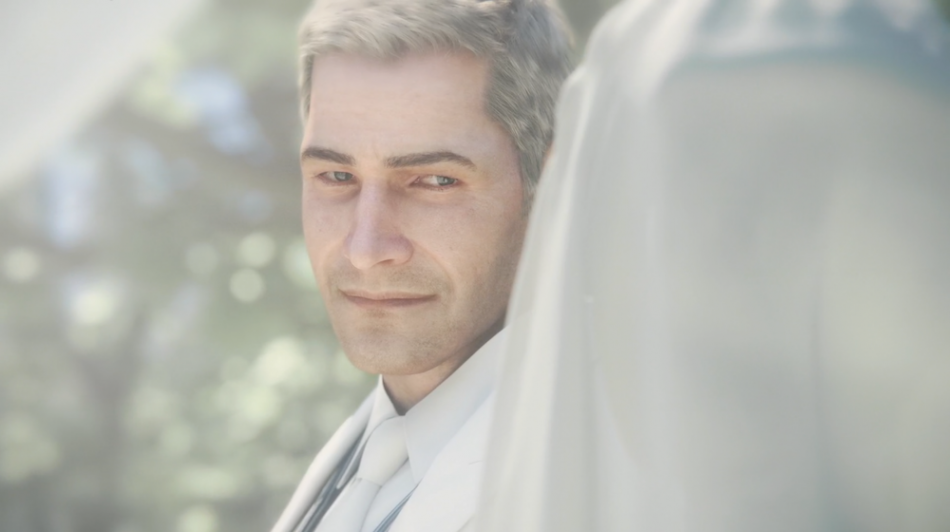 After the surprise attack, Arias rises out of the debris battered and covered in ash, but mostly unharmed. He looks down to see he’s still holding the now severed and smoldering arm of his soon to be wife, the rest of whom was completely incinerated.

Cue hilarious screams of grief. Arias is just a normal dude, not some virus enhanced super soldier, so how on earth has he gotten away with a few scratches, while his fiancé is a pile of ash? They were both in the centre of the explosion! What!?

Anyway, we get it, he hates the US, he creates a new virus strain that only targets certain people, etc, etc.

Things get bizarre though when out of nowhere Arias transitions from rational, vengeful antagonist to delusional, creepy stalker. He believes that Rebecca is the spitting image of his former love, and decides to re-enact the wedding with the reanimated body parts of every friend and family member that was there on that fateful day.

Also, Arias must have been playing Metal Gear Solid 2 recently, as he goes so far as to suggest that cutting off Rebecca’s arm and replacing it with his lover’s might make her more receptive to the whole idea.

One last story beat that really bugs me, is the fact that this particular zombie strain can be cured. I don’t mean vaccinated against so that infection can be prevented, I mean a full zombification reversal.

One of the central conflicts in a lot of zombie fiction is the struggle to end the life of an infected loved one to protect your own. The way this is resolved is with the revelation that this creature is not that person. That person has died and there is no getting them back. This goes on to morally justify the subsequent mowing down of hundreds of zombies. The people they once were are never going to return, so there’s no moral reason to refrain from killing them. 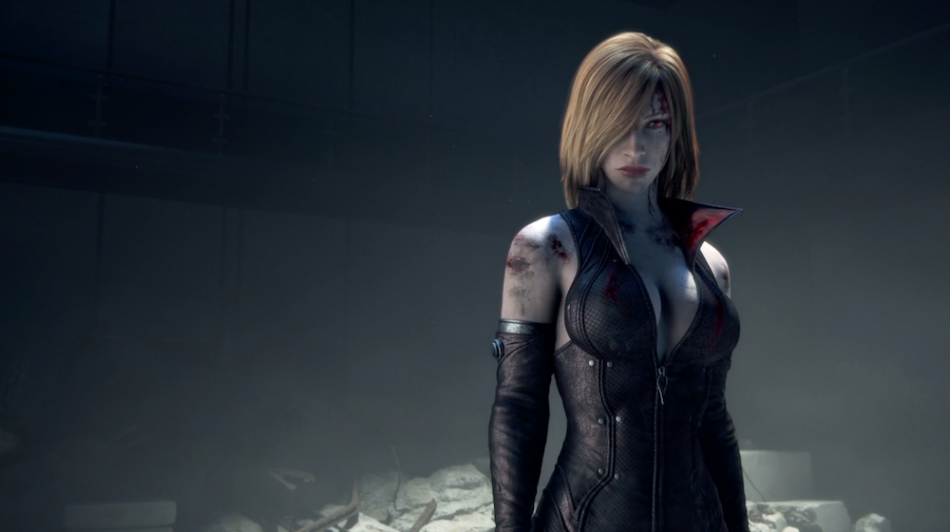 By making the infection reversible, Vendetta unintentionally turns Chris and Leon into unfeeling, mass murdering monsters. If it had been revealed as a last minute twist that they were slaughtering innocents that could have been saved, that would have been a devastating and brave story beat for the third act. Something for Chris and Leon to morally reckon with.

But no, they kill infected New Yorkers in the hundreds armed with the full knowledge that they can cure these people. In fact, that’s their objective, but you wouldn’t know it from the ocean of blood they leave in their wake. This is so poorly thought out and makes every John Wick inspired action scene hard to enjoy when faced with the grim reality of what our protagonists are doing.

Resident Evil: Vendetta is not a big enough train wreck to be unintentionally funny (except for that wedding scene). It’s at that level of bad where I found none of it to be engaging, and so I was left stewing in apathy throughout the entire run time. That combined with stylish action scenes where our heroes slaughter innocents, made the whole experience profoundly dull and morally frustrating.