Jacob Geller fondly recalls his first time with Shadow of the Colossus on PS2, and compares the memory of that to his perception of the 2018 remake

Some of my earliest memories are packing up all the winter clothes I owned and making the long trek north to my Grandma’s house for the holidays.

She lived in rural Minnesota, in a town called Chokio. In the 2010 census, Chokio had 400 residents; undoubtedly, it’s even less today. But when I was there, I didn’t really think about the town’s wilting industry or its aging population.

Chokio felt like a magical, isolated little village. All I really remember are the great expanses of snow and empty roads, warm fires and my grandma’s fresh baked bread. It felt like it only existed for us to visit, once a year. 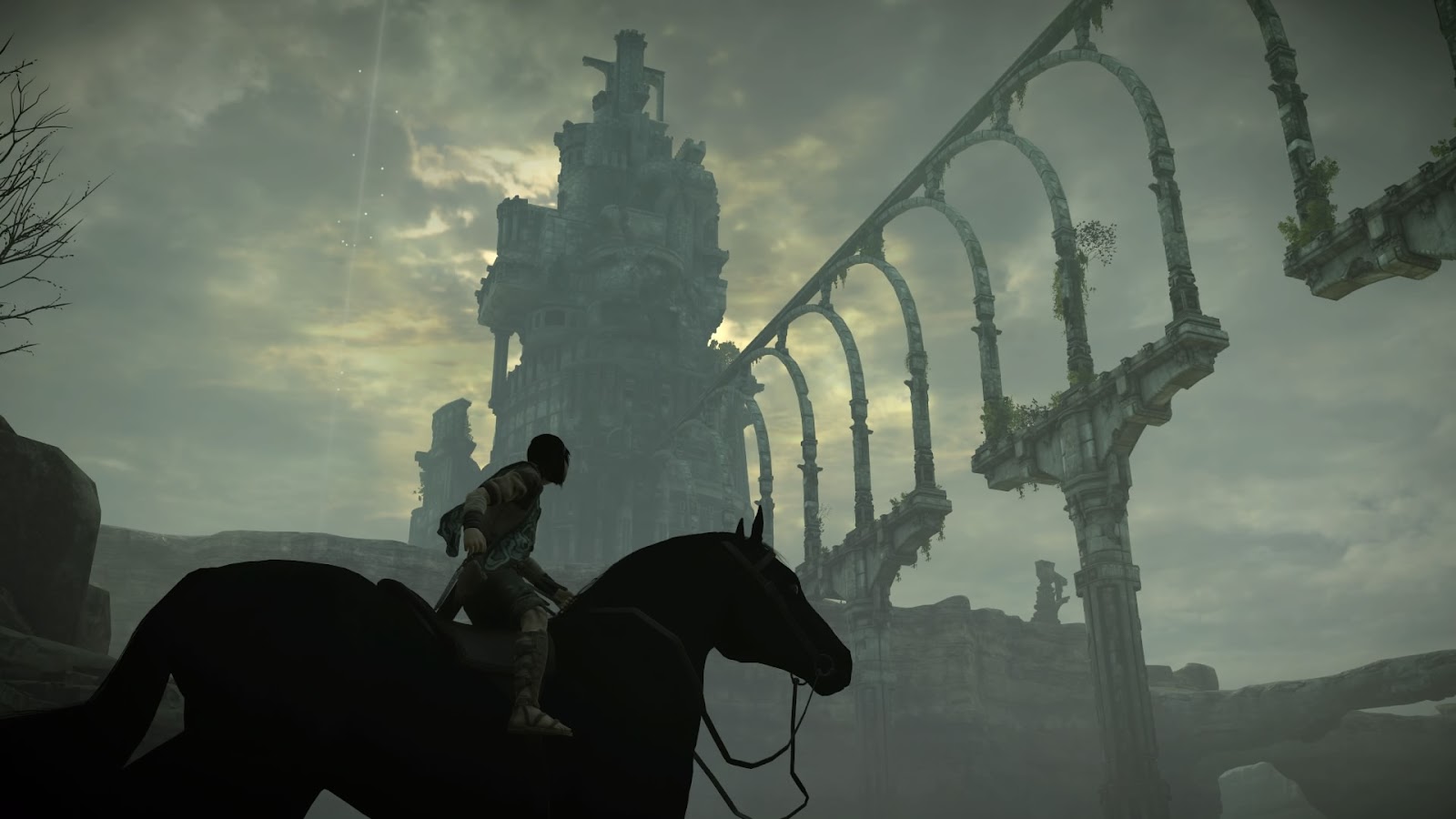 I didn’t get Shadow of the Colossus the same day it released, or even the same year. I was still in elementary school. But I read gaming magazines, and I heard rumblings, and over time I became obsessed with the idea of the game and its majestic quest to save a lost love by slaying beasts the size of mountains.

Once, I was hospitalized with a sort of brain-destroying series of migraines called “thunderclap headaches”. The room I was sleeping in had a PS2, and between MRIs and spinal taps I remember asking a nurse if they had a copy of Shadow of the Colossus. They did not. 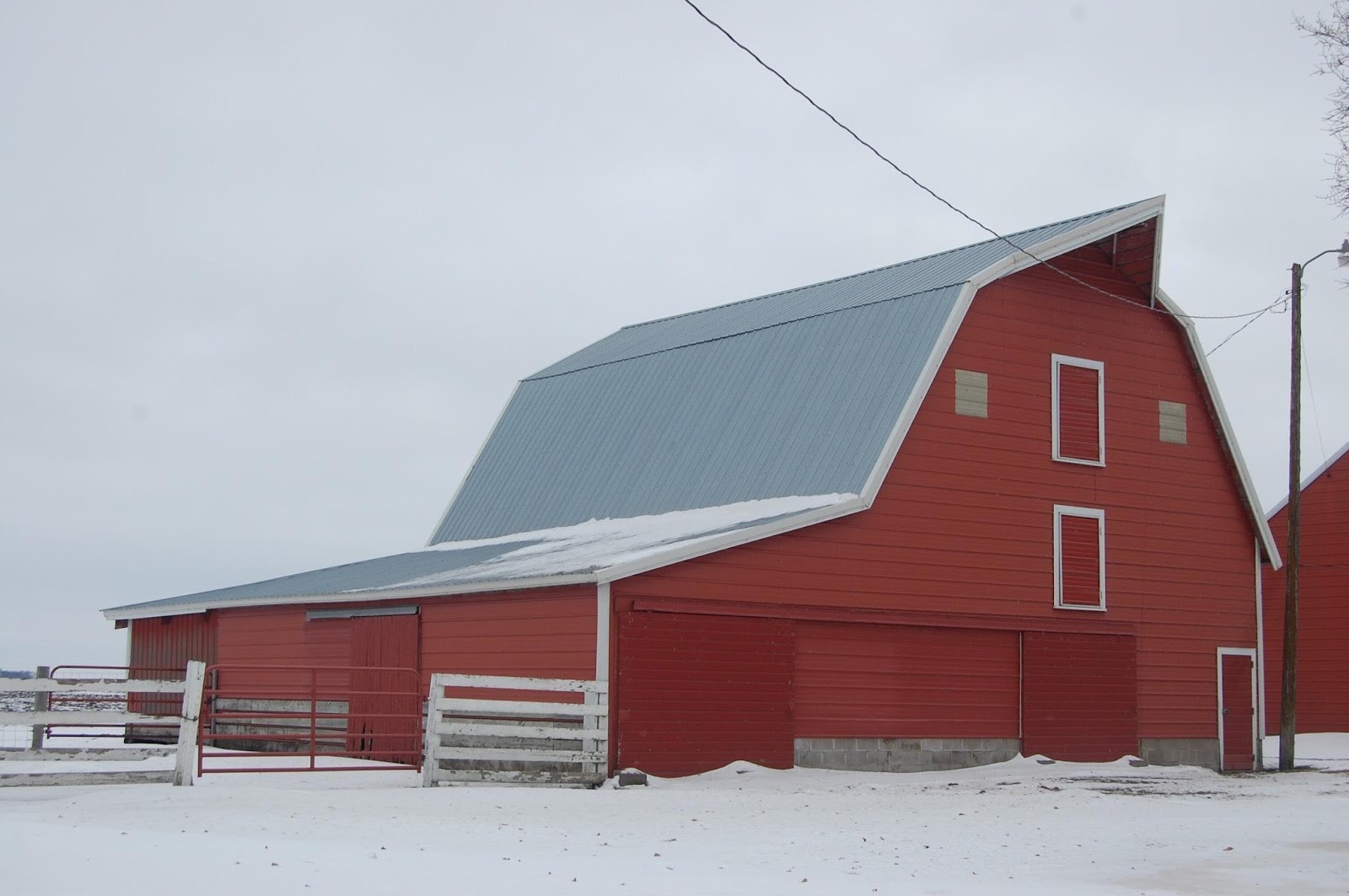 I got out of the hospital and bought myself the console. The original release has a reputation for technical difficulties, finicky controls and single-digit frame rates. But my relative inexperience with the medium, and general awe of the subject matter, meant that these issues barely registered for me. I have sense-memories of my first experiences of the game, triggered by some sort of emotional snapshot instead of a critiquing mind. I remember falling, maybe a hundred feet, onto the belly of the great climbing lizard. I remember being blinded by the faux-HDR sky.

Much of the midwest, for those who haven’t been or seen Fargo, is remarkably barren. Minnesota was included in a great glacial scrape some thousands of years ago, which ground down hills and filled in rivers and left ten thousand little holes that have since become lakes.

It’s a place that lends itself to staring out car windows, watching thunderstorms form a dozen miles away and wondering about the silo with the caved-in roof that was visible on the horizon for ages before passing it.

As I returned, year after year, I slowly filled in my mental map of the surroundings. A train stopped on its tracks, the baseball field on the far edge, the massive grain elevator that was Chokio’s major visual landmark. I climbed up the elevator one year, looked out farther than I had ever been able to before, and still saw almost nothing. The endless farmland matches the sky in the midwest; vast and open and empty.

Compared to the 2005 release, 2018’s remake of Shadow of the Colossus is shockingly un-empty. Blank rock faces have been filled with gigabytes of bump-mapping, plains are dotted with acres of grass and shrubbery. The game’s world stretches far into the distance, farther than would have ever been possible on the PS2’s hardware. But for all its technical wizardry, what remains is an overpowering sense of loneliness. Standing on the top of a shrine, Wander can see from ocean coast to desert wall, and all the good it does is to drive home that he is absolutely, devastatingly alone. 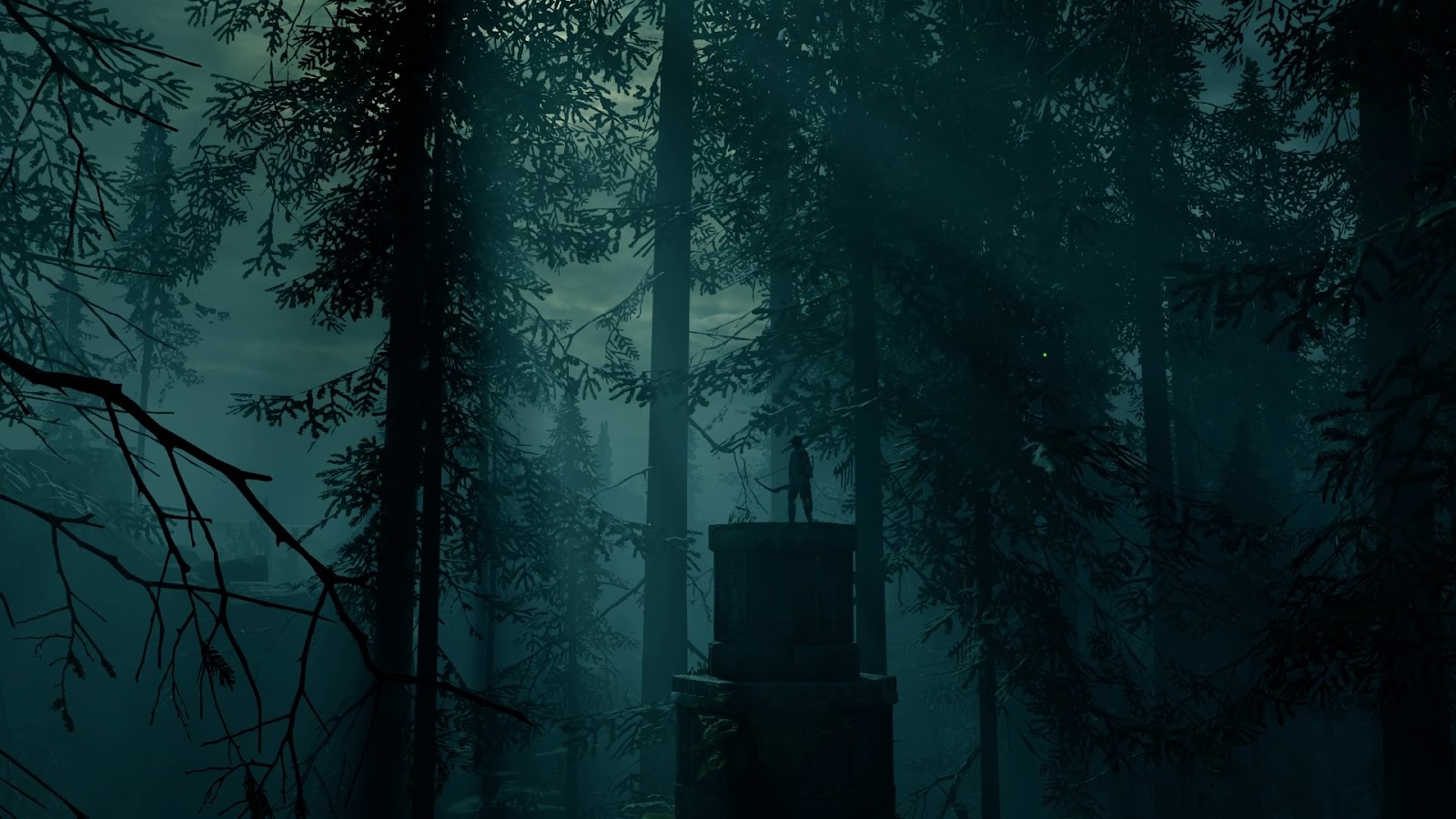 Everything is sharper in 2018’s remake. The point of Wander’s sword, frequently engulfed in a geyser of black blood. The swell of water under a giant stone wing. The fear in a colossus’s eyes as it runs from a blazing torch. I’ve watched the game’s original opening more than a dozen times, and yet I was gobsmacked to see the blanket-covered Mono, already long dead, cradled in Wander’s arms as he made the long trek into the forbidden land. The original’s murky colors obscured this story beat that I should have intuited, but never reckoned with; before the game even started, he had traveled for weeks with only his horse and a corpse for company.

Gareth Damian Martin compared the original to Caspar David Friedrich’s ‘The Wanderer above a Sea of Fog’, a painting which leaves virtually all of its world up to interpretation.

2005’s original, bound by technical restraints, found art in an impressionist style. It implied reality instead of emulating it. The pursuit of realism, he says, is a quest that may end in player alienation.

And I don’t disagree. But, uniquely among videogames, Shadow of the Colossus’ world actively defies habitation. It’s hard-edged and cold, with an everpresent wind that cuts through its virtual canyons. It’s maybe because of this sharpness that the forbidden lands, though as beautiful as a game world has been, are more inhospitable than ever.

Breath of the Wild showed us how a world could be designed to lure a player in every direction, but Colossus takes the opposite approach. Every part of the world is striking, and yet none beckon. Even the most picturesque, unexpected waterfall is framed by sheer stone cliffs and falls into a bottomless basin.

My favorite part of the forbidden lands is right on the coast; there’s an open expanse of ocean and a rock to watch it from, framed by an enormous dead tree. The only part of the game that doesn’t feel actively hostile is the part where I can almost envision what lays beyond. 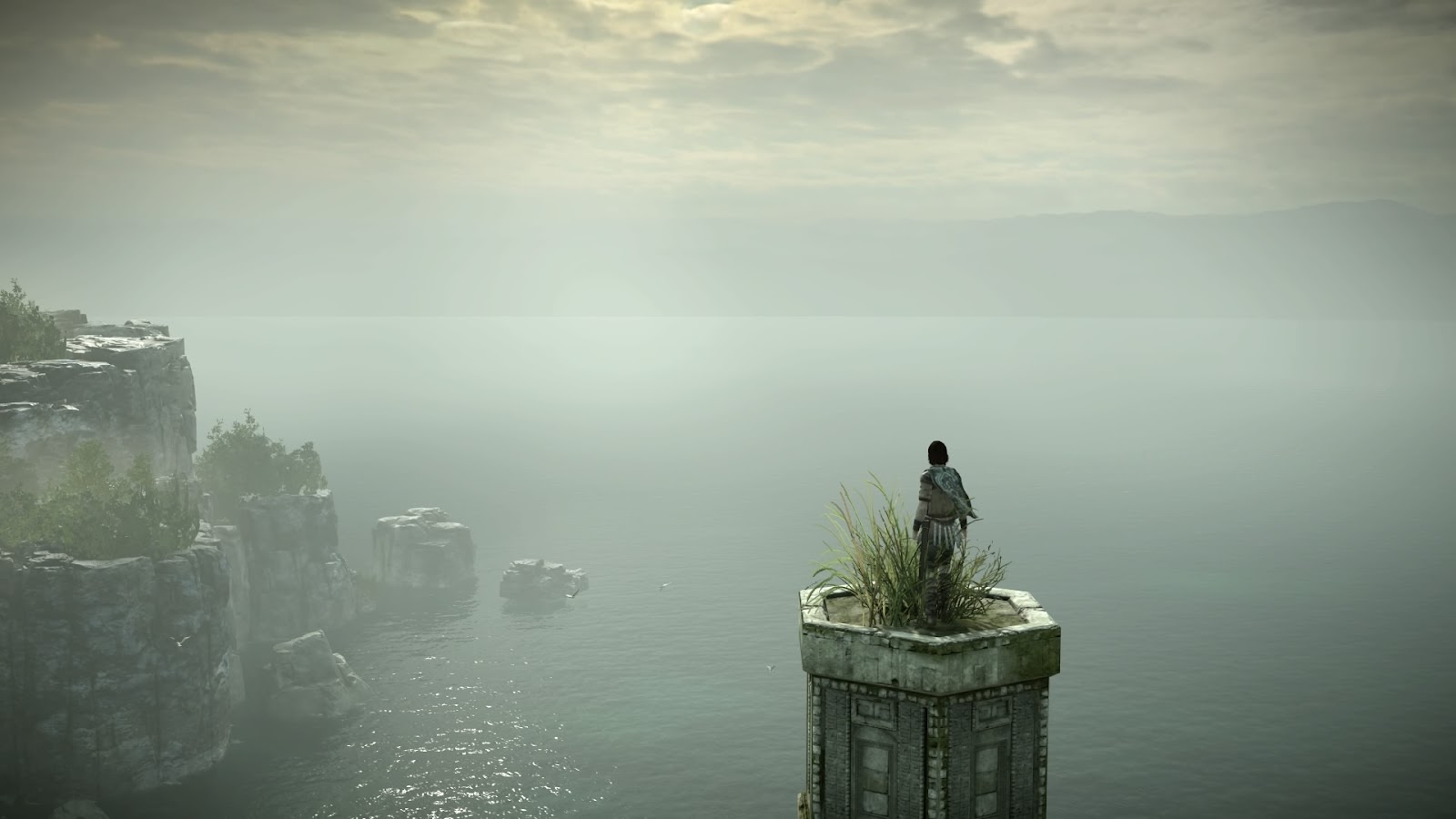 I haven’t been back to Minnesota since my Grandma’s death. Her funeral was in a small cemetery, surrounded by a couple trees. Almost every tree in Chokio was planted by hand. They’re each a tiny human act of resistance, fighting back against a flat and uncaring expanse.

I’m sure I’ll return at some point. I still have extended family there, and I love the landscape and the sky too much to stay away forever. But I don’t know which version of the state I’ll really be returning to. Is it possible to get back to the magical Christmas village, the town that only existed for me? Maybe all that remains is the reality of that world: cold winters and harsh roads and run-down buildings.

With Shadow of the Colossus, I now have both. I have the effortlessly beautiful impressionist masterpiece from 2005, and I’ve also got the cold realism of 2018. I can’t say which I prefer.

One night, when my grandma had already been moved from her house into a retirement home, I read a report that the northern lights would be just visible from parts of the northern US. I walked down the empty streets of Chokio into an off-season cornfield, the dirt hard and uneven beneath my feet. Even at the time, I was aware that this moment, this silliness, was toeing the line between the fantasy of where I grew up and the weight of almost-adulthood.

I couldn’t see the northern lights. But I stood out in that field for a long time, the wind howling in my ears. 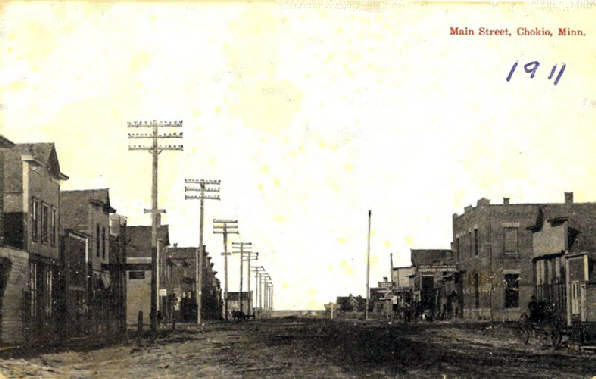 Jacob Geller has written about Shadow of the Colossus several times, and will likely continue to do so until he dies. He can be found on twitter, @yacobg42