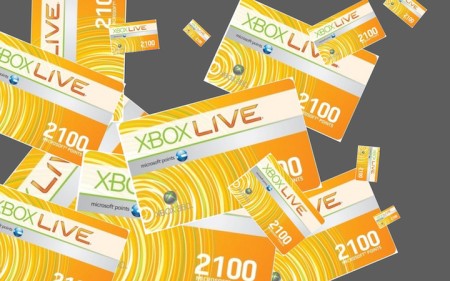 I often see and hear variations of the phrase “I’m not paying 1200 Microsoft points”, ever since that £10/$15 price point began to become commonplace on Xbox Live Arcade in 2008. (There were instances of this ‘premium’ 1200 price point being utilised as far back as the first year of the Xbox 360’s life, such as PixelStorm’s Bankshot Billiards 2.

The majority of games prior to the second half of 2008 were released at either 400 MSP (£3/$5), typically for barely enhanced ports of Namco, Konami and Midway arcade machines from the 1980’s, or 800 MSP (£7/$10) for original works like Assault Heroes, enhanced versions of earlier PC releases such as Mutant Storm Reloaded, or (sometimes more substantially enhanced) versions of somewhat more recent classics such as Castlevania: Symphony of the Night and Super Puzzle Fighter II Turbo.

Back in 2005 Microsoft placed a file limit on the download size for XBLA titles of a paltry, by today’s standards, 50MB, so as to facilitate them being downloaded onto the now all but obsolete 64MB memory unit. As mass storage has become cheaper and more prolific and faster broadband ever more widespread this has been relaxed in stages over time to the point where XBLA titles are now capped at a little over 2GB, with several titles comfortably filling this and the ‘average’ title now weighing in at perhaps around the 1GB mark (compared to typically 5GB for a full-priced disc-based release).

The downloadable game market has attracted more, and more noteworthy, developers over time. The commercial risks associated with digital are far less than with retail. As such the downloadable marketplace (and this goes for PSN, the PC indie scene and WiiWare/DSiWare as well) is now home to a wider range of aesthetically unusual and fresh gameplay experiences than the optical media based physical market. Many of these games warrant at least as many hours’ worth of play as any number of £40/$60 boxed titles and yet so many potential purchasers still seem to baulk at the 1200 bracket.

Video games are one of very few things that don’t really go up in price. Though the RRP sometimes rises, the fact is that we’ve been paying £40 or thereabouts for games since the 16-bit days of the late 1980’s/early 1990’s. Of course this means that in real terms video games have gotten significantly cheaper, even though development costs have climbed – both relatively and absolutely – ever higher. So XBLA games have gone up in price in the sense that the low end is now 800 and the regular is 1200 where, half a decade ago, 400/800 was the status quo. Let’s compare Avalanche’s recent Renegade Ops (published by SEGA) to the 2006 genre equivalent Assault Heroes by Wanako for Sierra. Assault Heroes was a fun, vehicle based, twin stick shooter as is Renegade Ops. However play one after the other and observe the time, effort and quality of assets which graces each title and one cannot rationally deny that the more recent game justifies the extra £3 entry (at Assault Heroes’ original price – it has since been reduced permanently to the status of a 400 MSP title).

It’s worth noting that – Microsoft published games aside – the producers of the game set the price. Speaking to John Dennis of Team 17 in 2009 about their release of Worms 2: Armageddon, I remarked that it felt like a very generous package, albeit yet another version of a 14 year old Amiga title, one that could potentially warrant a tenner or fifteen bucks asking price. Dennis replied that this discussion had taken place internally, but that the belief was that the game would sell more than 50% the number of copies again at the lower price point. With anecdotally the amount of complaining about 1200 point releases I read almost every week on forums and Twitter, there may very well be some merit to this strategy for certain titles. With 800 MSP existing seemingly within the impulse purchase bracket where for many people, quite understandably, £10/$15 is where they want to start being more certain that the game they’re purchasing is for them and as such will offer a lasting, high quality experience.

On this point it’s worth saying that you apparently never have to pay 1200 MSP for an XBLA title again, as almost every game from the high profile through to the obscurities gets discounted for at least one week any time between a month and a year after initial release. Regular sales (for Gold Xbox LIVE subscribers) reduce these premium pieces to 800 or even 600 MSP, slotting them firmly in the realms of the ‘punt-worthy’. As with retail titles, if you want a game enough that you feel you have to have it from the first day, then expect to pay a premium. Otherwise be patient, bide your time and keep an eye on the ‘Deals & Offers’ section of your dashboard.

Finally, a number of the “I’ll never pay 1200 MSP” brigade bemoan the death of the 400 MSP release. That this has happened more to do with XBLA’s partially organic, partially designed move away from the idea of the installed retro arcade and towards a resource for high quality, niche titles which simply couldn’t exist in the contemporary bricks and mortar environment. However XBLA does typically still see a tiny collection of original 400 MSP releases each year. In 2010 we had Zoe Mode’s excellent Lumines variant Chime. Released as part of the commendable OneBigGame initiative where for the first, and therefore most significant, period of the game’s life all proceeds were donated to charities Save the Children and the Starlight Children’s Foundation. Looking at the number of entries on the in-game leaderboards, this game was a success, and must have done well for the charity. Earlier this year however, the respected Japanese studio Cave released a 400 MSP curio entitled NIN2-Jump. All proceeds from this title were passed onto the relief fund for the Japanese tsunami, yet despite the amusing nature of the game, the availability of  Achievements worth 200 Gamer Score and the fine intentions of its creators, virtually nobody bought the thing.

My question is, why set arbitrary cost boundaries on how much a video game is worth based on the channel via which it is made available? How about you try out the specific title? Why not read some reviews, consult some Twitter friends and decide whether that particular title is likely to be worth £10/$15 to you? Rather that than miss out on a fantastic game due to it being priced at three quid more than some completely unrelated, separate title, surely? No doubt when new 800 MSP (naturally there were complaints about that bracket back in 2005) releases start to dry up we’ll go through this bizarre situation again where 1200 MSP releases become the acceptable norm and 1600 point games are ‘too much’, even when they match, surpass or even eclipse certain full price retail titles in every worthwhile respect.

Addendum: A brand spanking new 400 MSP title has just been released this very week: Mercury Hg by Eiconic Games and published by Ignition is the HD downloadable version of the critically acclaimed Archer Maclean’s Mercury/Mercury Meltdown released previously on Wii & PSP. If you want cheaper downloadable games perhaps you ought to think about supporting efforts like this. Or you could wait until it’s on sale at 200 MSP I guess, tight-ass.